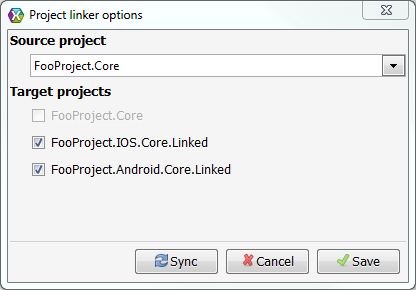 One of the challenges when developing Java web applications is to deploy new versions of the app without any perceptible downtime by the end users – in fact, this impacts virtually any platform, although in Java it could be trickier than for PHP or Rails, for example. The problem is that most servlet containers need to first shutdown the context in order to load it again, an operation that can take several seconds to complete (or, in a worst scenario, several minutes, depending of how your webapp is built).

When you have a cluster of servers serving the same app it may not be such a big problem, as one possible approach is to deploy the new version one box at a time. On the other hand, it is fairly common to have a single machine (despite its size) with a single webserver to do all the work, and there lies a monster.

In order to address such issue, I have created a bash script that does some tricks with Jetty and Apache configuration files that allows us to deploy a new version of the application and switch to it (as well switch back to the older version if necessary) with no noticeable downtime. Although it was created with the environment we have in production there where I work in mind, it is easy to adapt it to your needs (or vice-versa). The script assumes the following:

It works this way: you use the script “jetty_deploy.sh” as workhorse in place of the usual “jetty.sh”. To start a new instance, run “jetty_deploy.sh start_new”, and the script will change the proper configuration files to listen on the “opposite” port (e.g, 8081 if 8080 is the current one, or vice-versa), start a new Jetty server and wait until the context fully starts. After that it will restart Apache, which will then proxy all requests to the new jetty server. If something goes wrong you can use “jetty_deploy.sh rollback”, and if everything is OK, you can stop the previous and old instance by running “jetty_deploy.sh stop_previous”. Simple as that.
The project is freely available at https://github.com/rafaelsteil/jetty-zero-downtime-deploy, and please make sure you read the instructions in the file “jetty_config”. In fact, it is advisable to either understand how “jetty_deploy.sh” does its job.

I recently added a very nice feature to one of my Open Source projects, TBXMLEx, which is the possibility of directly access any node without having to loop through all its parent nodes. This is very useful when you know beforehand where the node is located at. The sintax is very clean and concise. Suppose you have the following XML:

and that you need to access the “d221” node, which is pretty deed inside the structure. Using TBXMLEx it is straightforward do to so:

The key point in the previous code sample is the “query” method (a member of TBXMLElementEx), which takes a path as argument and returns all nodes that matches the criteria, as TBXMLElementEx instances. Right now it supports only simple expressions, but nevertheless it’s a quite useful feature .

You may wonder why not use XPath instead. The point is, while very powerful, you’ll need extra libraries to work with XPath, and it can take some time to master its syntax. The “query” method I implemented does not intend to take over XPath nor reimplement its features, it is just a convenient, syntax sugar method to do regular tasks we face on a daily basis, and while someday it may be improved to be more powerful, XPath will always be the choice when you need to do nasty thigns with XML.

TBXMLEx is an Open Source library freely available at https://github.com/rafaelsteil/tbxmlex